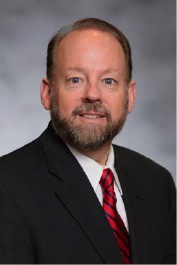 Mr. Smith joined Cambrex Bioproducts in January 2002 as the Business Unit Director of the emerging Cell Therapy business. In 2004, he was promoted to Vice President, Business Development, and in December 2005 to Vice President, Cellular Therapeutics. In this role, he assumed responsibility for contract manufacturing, process development, contract sales, and the introduction of PermaDermTM. Following Lonza’s acquisition of Cambrex Bioproducts in 2007, Mr. Smith became Head of Therapeutic Cell Solutions in 2009 with additional responsibilities for biotherapeutic media, process development, viral vaccines and gene therapies. David now runs the Therapeutic Cell Solutions business unit worldwide. Since his arrival, the cell therapy business has seen significant growth each year.

Prior to joining Lonza, Mr. Smith was Vice President, Corporate Development at Claragen, Inc. and Business Unit Director at Invitrogen. Mr. Smith spent 14 years at The Upjohn Company in various sales and marketing roles, including leading the launch of the Parkinson’s therapeutic, Mirapex. He holds a BS in Pharmacy from Duquesne University in Pittsburgh, PA and a MBA from Wheeling Jesuit University in Wheeling, WV.