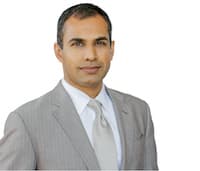 Lalit Aggarwal is President of Manor Park Holdings.  Previously, Lalit invested for H.I.G. European Capital Partners, Soros Fund Management, and Goldman Sachs.  He is a past fellow of the C.D. Howe Institute and a former Director of Bridgepoint Health.  Lalit holds degrees from the University of Oxford and the University of Pennsylvania and is also a current Director of the Hospital for Sick Children Foundation.