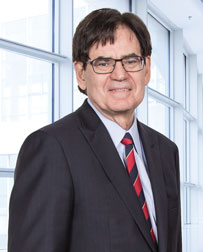 Chair, Board of Directors
Ontario Centres of Excellence, Canada

Michael Nobrega has been Chair of the Board of Directors of Ontario Centres of Excellence (OCE) since 2012, previously serving as a member since 2007. He is former President and CEO of the Ontario Municipal Employees Retirement System (OMERS), one of Canada’s largest pension plans with more than $95 billion in assets. In mid-2014, Mr. Nobrega was appointed to chair of the Expert Panel on the restructuring and refinancing of the 750,000 square feet of the MaRS West Tower in the MaRS Discovery District in Toronto. He was also appointed by the provincial government as chair of the Expert Panel on the refurbishment of the 1.2 Million square feet MacDonald block in downtown Toronto. A veteran financial and investment executive with more than 30 years’ experience, he previously served as President and CEO of OMERS’ wholly owned subsidiary, Borealis Infrastructure Management Inc., an investment entity that originated and structured infrastructure investments for the OMERS pension fund. Prior to Borealis, Mr. Nobrega was a tax partner at Arthur Andersen, a major international accounting firm.
Mr. Nobrega holds an Honours BA from the University of Toronto. He also holds a chartered accountancy designation from the Institute of Chartered Accountants of Ontario and the Canadian Institute of Chartered Accountants. In 2009 Mr. Nobrega was named a Fellow of the Institute by the Institute of Chartered Accountants of Ontario.
Return to Board of Directors
Return to main content