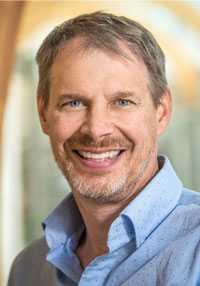 Peter Zandstra C.M. graduated with a Bachelor of Engineering degree from McGill University in the Department of Chemical Engineering, obtained his Ph.D. degree from the University of British Columbia (UBC) in the Department of Chemical Engineering and Biotechnology and continued his research training as a Post Doctoral Fellow in the field of Bioengineering at the Massachusetts Institute of Technology. On December 29, 2021, Peter was appointed a Member of the Order of Canada (C.M.), recognizing his outstanding achievement and dedication to Canada’s scientific community.

Peter is the Chief Scientific Officer for CCRM, the Founding Director of the School of Biomedical Engineering at UBC, and the Director of the Michael Smith Laboratories at UBC. Peter holds an academic appointment as a Professor at the University of Toronto’s Institute of Biomaterials and Biomedical Engineering. Peter is the Canada Research Chair in Stem Cell Bioengineering and is a recipient of a number of awards and fellowships including the Premiers Research Excellence Award (2002), the E.W.R. Steacie Memorial Fellowship (2006), the John Simon Guggenheim Memorial Foundation Fellowship (2007), Canada’s Top 40 Under 40 (2008), the University of Toronto’s McLean Award (2009) and the Till and McCulloch Award (2013). Peter is also a fellow of the American Institute for Medical and Biological Engineering, the American Association for the Advancement of Science and the Royal Society of Canada.

Peter’s research focuses on understanding how complex communication networks between stem cells and their progeny influence self-renewal and differentiation, and how this information can be applied to the design of novel culture technologies capable of controlling cell fate.